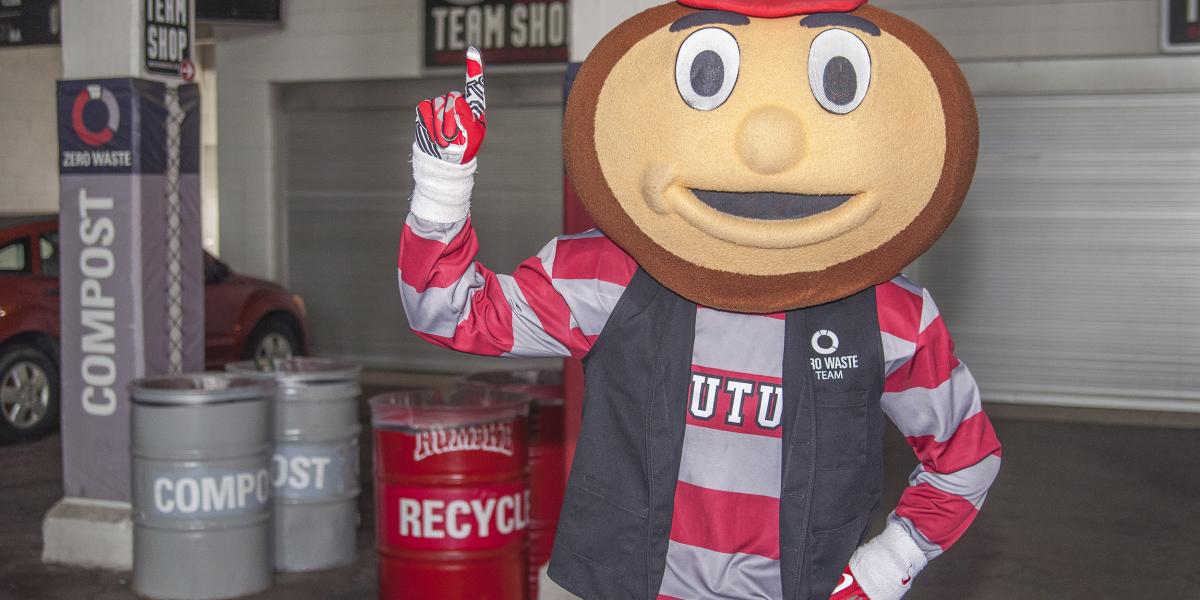 Of all schools in the Big Ten Conference, Ohio State diverted the most waste from the landfill during the 2015 football season, highlighting the university’s commitment to sustainability. The results were released as part of the national GameDay Recycling Challenge. This season, Ohio State had an average diversion rate of 96.35 percent, with more than 68 tons of waste being diverted to either recycling or composting. In comparison, only three tons of waste generated went to the landfill.