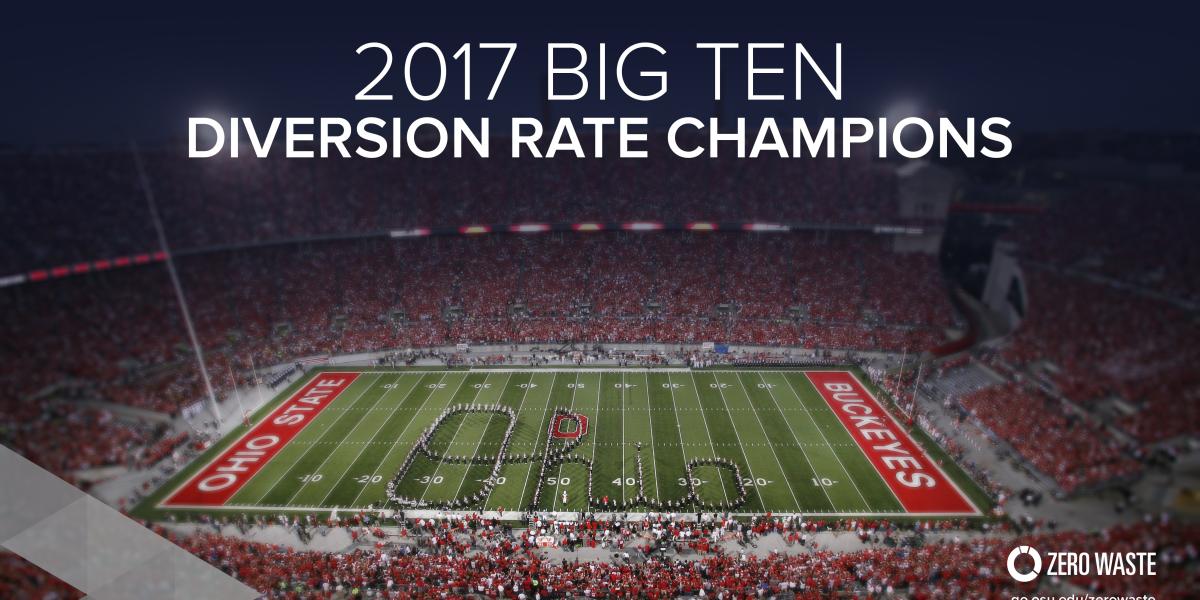 The Ohio State University was named Big Ten Conference champion in the annual 2017 Game Day Recycling Challenge for the sixth year in a row. Ohio State earned the title after achieving the highest diversion rate for a single home football game during the 2017 season.

The Game Day Recycling Challenge is a national competition among colleges and universities to promote waste reduction and sustainability at home football games.

Ohio State achieved a 94.2 percent diversion rate in its game against the University of Maryland on October 7, which was the highest single-game percentage of waste diverted from the landfill in the Big Ten.

“We are proud that the efforts of our zero waste team continue to deliver positive results,” said Tony Gillund, sustainability manager for Ohio State’s Facilities Operations and Development (FOD). “Sustainability is a focus campus-wide as we work toward our university goals, including achieving zero waste on campus by 2025.”

The goal of achieving zero waste also supports the university’s Strategic Plan, which aims for operational excellence and resource stewardship.

Ohio Stadium has strived to be zero waste since 2011 – defined as diverting 90 percent or more of disposed materials away from the landfill by recycling, repurposing and composting. This season, the Buckeyes narrowly missed the overall season goal but averaged an impressive 88.6 percent diversion rate.

Ohio State’s diversion efforts have also extended outside the stadium, with a renewed focus on diverting waste from tailgate lots. For additional information about Ohio State’s zero waste and sustainability efforts, please visit: